“The Next Thing” is the new project from multi-Grammy nominated Dove Award winner, Geoff Moore.

A prolific songwriter and touring artist, Moore has joined the rising tide of A-list recording artists who have made the leap from major label to independent status, and he is thrilled with the freedom that shift has provided. No longer shackled by corporate mandated deadlines, Moore has the elbow room to create without compulsion. That means fans have had a five-year wait for his new project, but The Next Thing is definitely an album that is worth the wait. “When I was recording with major labels, it was the protocol to turn out a new album every 12 to 18 months,” Moore says. “But since I’ve been an independent artist, things are much more relaxed. I don’t feel the need to make an album just to make it. Instead, I have the freedom to write songs as I’m inspired. When I get a collection of songs that I feel is compelling enough, that all interact together, that’s when I know it’s time to make an album.” Moore points to a quote from Oswald Chambers as the inspiration for the title cut of the new CD, and as the thread that ties the songs on the album together.

“I’ve had this phrase in my heart for many years, and it has become something of a motto for me,” Moore explains. “Oswald Chambers said, “Trust God, and do the next thing.” I think most of us look around at the world and it often appears to be senseless; it breeds uncertainty about the future. That is not how I like to live. I like to have a plan. I like to know what’s ahead. But the past 40 years of my faith journey has basically been me walking with God on a need-to-know basis. Ultimately, it comes down to living a life of faith. What I have learned through it all is that God is trustworthy. We can trust Him with our future. That is the message that kind of trickles down through the whole album.”

A collaborator at heart, Moore called on the talents of his friend and frequent co-writer, Don Chaffer (Waterdeep), to produce the project, and Chaffer and Moore joined forces to co-write nine of the album’s ten songs. The list of album credits includes background vocals from veterans like Sandra McCracken and Derri Daugherty (The Choir), along with relative newcomers like Jillian Edwards. Steve Hindalong (The Choir) supplied percussion, while Matt Slocum (Sixpence None the Richer) added cello and strings. Geof Barkley, a former member of The Distance, handled keyboard duty.

This project includes a special dedication to all of Geoff’s fans who showed their support for his Kickstarter campaign to make this project possible. 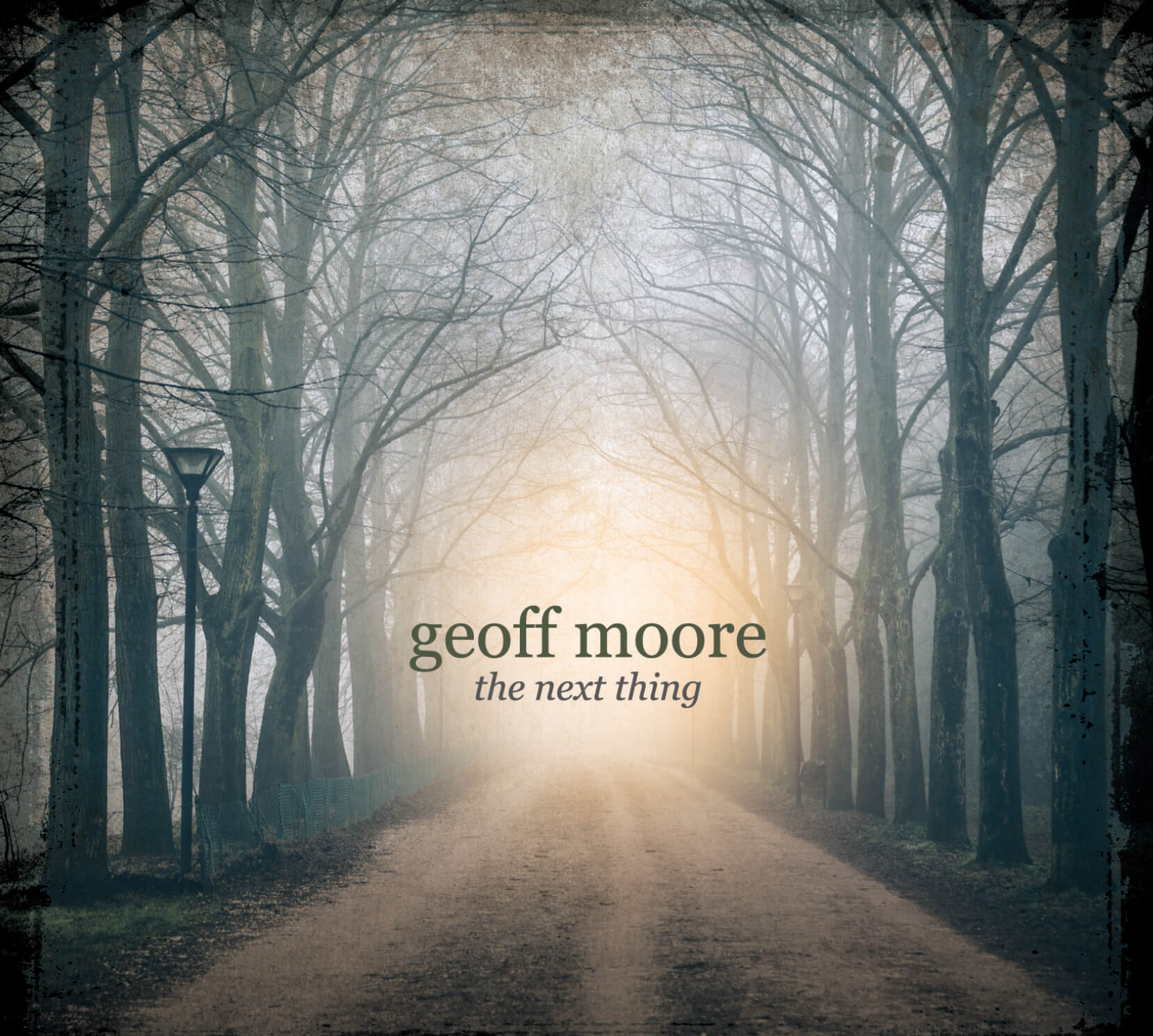 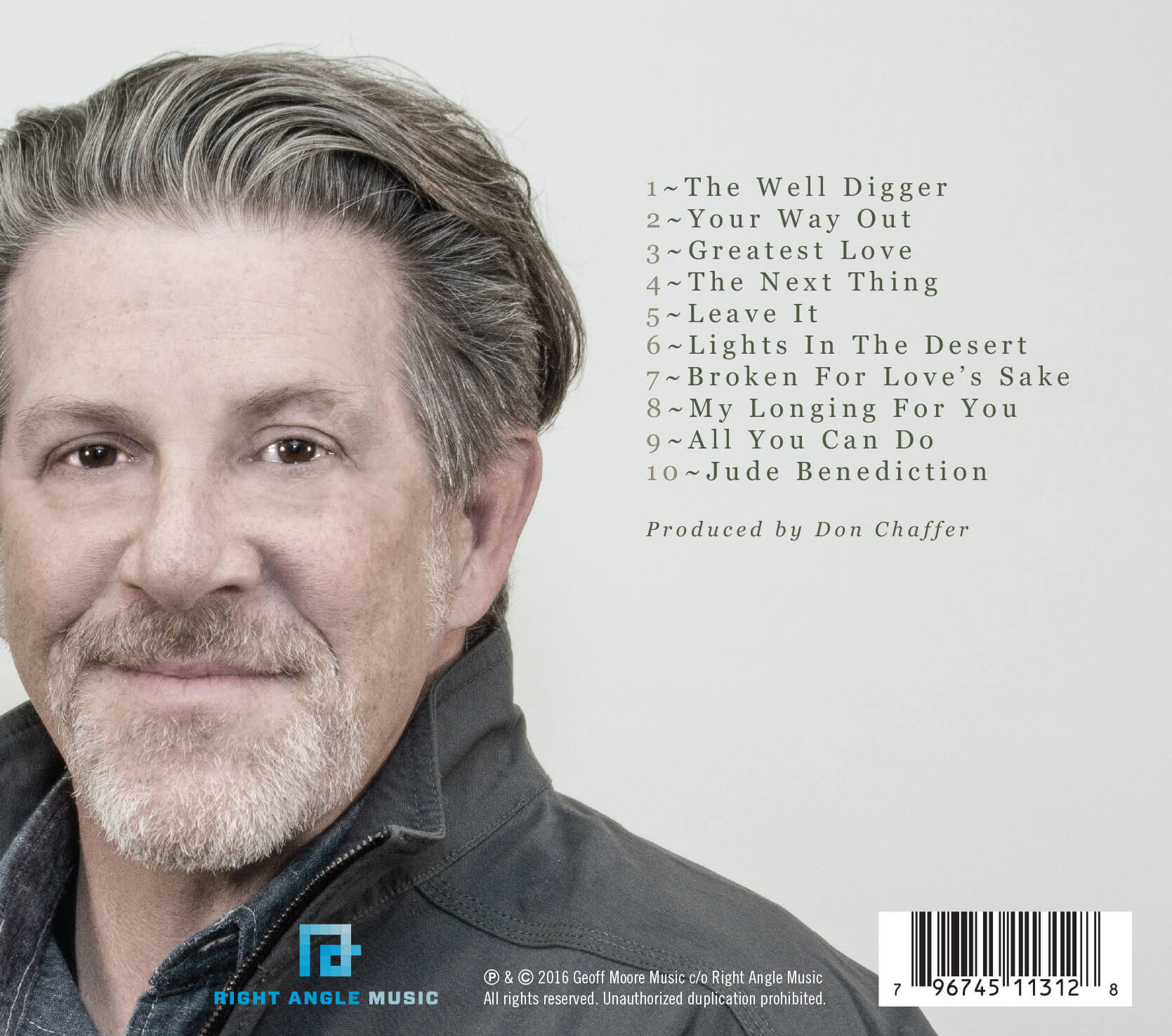